Leaders of Chick-fil-a, I first want to extend my sympathy towards you after the loss of your vice president of public relations, Don Perry.  Public figures are often targets of hateful attacks, even in their deaths, and I am saddened to hear that there are so many people spewing hateful rhetoric in the wake of his death.  There is no reason to dance on the grave of anyone.

I also hope your claim is true that it was not anyone in your PR department who created fake Facebook profiles using stock photos of teenagers in order to booster your company’s reputation.  I believe your denial that you did so, although we would hopefully agree that whoever did so was guilty of lying and deceit.  I hope that your denial, which represents a denial that you would stoop to such a low place, encourages other people and organizations not to use stock photos to represent people who do not exist.
END_OF_DOCUMENT_TOKEN_TO_BE_REPLACED

This weekend my blog is a guest post on Trae Bailey’s blog, The Curated Self, about the pros and cons of virtual learning, and where we can go from here.  This is for everyone who ever has or may take one or more classes online.

I know some of you don’t care about people once they’re thrown in jail.  Criminal is criminal, right?  And the more of them there is in jail the better off society is.  Something like that.

Well, God disagrees with you.  I normally don’t adopt this tone when arguing, but if you’re the kind of person who has this attitude you can take such a mopping and it’s good for you.

So I want to encourage the rest of you to sign this petition because in Alabama the jail system is devouring the poor.  Contrary to the belief of those who don’t know Jesus but claim to really know his hand of justice, captive-releasing, justice-doing, poor non-devouring, and prison-visiting are important elements to Christianity.

Sentences should be fair, not just jail sentences.  An uncompassionate crime=jail sentence where you throw someone away and throw the key down the toilet does nothing to “fix” society.

Prevent extortion rackets in your local area.  Or just build bigger prisons.  I mean, whatever makes you feel better safer from all those criminals who aren’t worth troubling over except to lock up.  People putting you in danger by not paying their speeding tickets and all.

[I’ll tell you when the spoilers come.  You’re good for now.]
I’ve been incredibly impressed with these Batman movies.  I wasn’t a real avid comic reader as a kid, but they were part of my literacy experience.  Comics aren’t just stuff for kids and nerds, but the hieroglyphics of our age.  They’re fantastic stories with words and images that speak of the human condition.  Maybe a thousand years from now people will think Comic Con was a pilgrimage to worship American gods.  Ironically, though no sane adult would claim to believe these worlds are real, we do let them affect them as reality too often.  Fiction and fantasy.  Fun and fear.  It can inspire.  It can also reflect some of the worst in us. 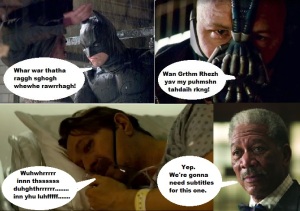 END_OF_DOCUMENT_TOKEN_TO_BE_REPLACED

If you laughed at this video, you didn’t do that.  Kid President made that happen.  Enjoy.

3. Sojourners isn’t even a comedy site, but a site dedicated to discussing Christianity and social justice issues.

5. Trae Bailey was the first person to like my twitter link to the article, as I predicted he would be.  You can read his new blog here, by the way.

6. The author’s first name is “Christian”.  Surely that’s a joke too.

7. Below the article are four different links that are also lists, lists of cliches Christians use too often.  You should check those out too.

8. The comments are pretty funny.

9. The fact that I created this blog post in response is also pretty funny.

For longer than your family’s last name has been around women gathered around and breastfed their babies.  In America, granted, breasts are very sexual.  Thus, most women who breastfeed their babies in public do so discreetly.  It’s a grace they give. 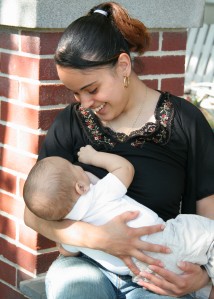 END_OF_DOCUMENT_TOKEN_TO_BE_REPLACED

No, that’s not what happened.  And no, Christianity is not becoming illegal in America.  This is Arizona.  You’re not going to find a town that puts a man in jail for “operating a church”.  It’s a matter of complying with city ordinances about safety.

END_OF_DOCUMENT_TOKEN_TO_BE_REPLACED

Remember when Jesus said, “the poor you will always have with you”?  In the immediate context he was rebuking Judas for his suggestion that a bottle of perfume be sold to the poor instead of poured on the feet of the Messiah.  You’d think that if he was concerned for the poor he wouldn’t have sold the perfume to them.  Jesus affirmed that giving the poor things like perfume would have been a noble thing to do at any other moment, but at this moment the son of the living God was with them, and he wouldn’t date let even one of his own followers criticize a woman for pouring out perfume on his feet in a gesture of worship.  No matter how shocking a thing it was to see her do it, it was an act of pure devotion to a God that delivers people, delivers the poor, raises up servants, praises women, saves us from our depravity.  Wiping his feet with her own hair, she was unashamed of the taboos inherent in that moment.

[Correction: Judas actually says to sell it and give the money to the poor, not to sell it to the poor.  But the text reveals that Judas’ true motive was to sell it, give some money from it to the poor, but mostly to take some of the profits.  That’s the Bible’s way of saying trickle-down economics comes from the same people who betray Jesus.]

It’s also interesting that Jesus was referring to a passage from the old law:

“There will always be poor people in the land. Therefore I command you to be openhanded toward your fellow Israelites who are poor and needy in your land.” (Deut. 15:11)

There is no permanent solution to the problem of poverty: that is the underlying statement.  Because of that, poverty will always be around us, whether next door, across the street, or across an ocean from you and me.  The old law gave an injunction to be openhanded, not just to give money, but to have an open hand, to be willing to give of whatever it took.  The only time-bound phrasing in the passage is “always”, thus it must be assumed that we “always” are open-handed.  Jesus even takes this to another level, arguably the same level it was always meant to be.  The poor “will always be with you”, in essence.  They will be in your midst.  They won’t go away.  Driving them off is an abomination, not a solution.  In fact, in the statement “you will always have with you” implies a command to have them with us.  As in when a syllabus says “the student will” or a judge pronounces that as part of a sentence a person “will” perform such-and-such service.

The importance of this distinction is that the command is not just about always being willing to give, but to do so in an environment in which the poor are WITH us.

I was reminded of this when my unofficial agent and editor Trae Bailey, to whom I owe approx. 9,536 words of praise, showed me this article from Mission Frontiers:
Projecting Poverty Where it Doesn’t Exist
The more distant we are from the poor, the less we are in tune with their needs.  Cultural values also influence this.  What we may deem as a sign of poverty, another culture may deem merely a reflection of the culture.  Are the Amish in poverty because they have no electricity?  Granted, that is fully their decision.  In many developing countries it’s not necessarily a decision of communities not to have what we have, but sometimes, even amidst adaptation to poverty, cultures make an adjustment that are comfortable with, leading us to assume that every “need” we seek to provide is one they yearn for.
Steve Saint’s example of orphans demonstrates this difference.  In America, we call a child with no parents an orphan.  In South America, an orphan is a child with no family at all, no caretakers.  In many of the cultures there, children whose parents have died are cared for by even the most extended family.  This poses the question: Is an orphanage what they need?  Imagine the cost going into an orphanage when the real problem in a community may be the water quality.  Families already take care of their children, but these children are growing sick from bad water.  To be in tune with a community’s needs, we need people deeply rooted in the community to know how to meet them.  And we want to help empower the poor to be in a place where they can sustain their own needs as much as possible.
I don’t know if I agree with Saint that we should avoid handouts.  Sometimes a handout is just what a person or community needs, particularly in the event of a disaster or tragedy.  But sometimes that open hand is a real hand, holding theirs.  Sometimes an open hand is a hand that teaches and models how to do a task to help the community and self.  Sometimes that open hand is a hand giving up income for a policy one is taxed to promote to protect poor communities from having their food and water supply poisoned.  Sometimes that open hand is working to put together a  food or medicine package.
One example I think of is Love In Stereo’s effort to help the children of Haiti.  If you purchased the album “My Heart is in Haiti“, money from the purchase went to feeding a child in Haiti.  But that’s not the end of the project, otherwise this would be mere slacktivism.  Brad Montague, who was behind the project, also spearheaded GO! Camp.  Children from all over the region attended GO!  One of their many projects was packing together 100,000 meals for these children.  This is one of the many things they are involved in.  This is a network of relief and aid.  And the money from the album purchases didn’t just go to a random organization.  They went to help an individual, Roberta Edwards, who founded Sonlight Children’s Nutrition Center, and lets orphans into her home.In this growing network of global connections, we can use our resources to use these networks to let our hands open to the poor around the world.

Get involved.  Know these needs of the poor.  How do we know?  They are with us.  They are always with us.  Are they?

I’ve heard enough negativity about health care recently.  As well as enough confusion.  I like to hear positives ideas and weigh them.  I’ll try to do that today.
END_OF_DOCUMENT_TOKEN_TO_BE_REPLACED