There’s good beach reading and there’s bad beach reading. I found a copy of John Grisham’s The Appeal at a beach condo this year and elected to read it, having never heard about it before. While Grisham’s legal thrillers aren’t the most literary around, you can always count on them to be well researched and executed. This is no less true of his sprawling 2008 novel.

END_OF_DOCUMENT_TOKEN_TO_BE_REPLACED

I wanted to share with you that Deep South Magazine is featuring three new poems of mine as part of their celebration of National Poetry Month!

I’d Rather We Lived In A Mobile Home

You can read all three of them here.

I know what you’re thinking: Don’t go there. The Netflix hit Don’t Look Up is a political satire and an allegory for climate change. There is no Christian subtext.

Ok, the movie obviously wasn’t written by a baptist studio, an evangelical media startup, or Kirk Cameron. It was written by a liberal comedian. And the idea of a random comet hitting earth and destroying all human life for no reason contrasts with the end-times beliefs of most Christians, not to mention the disbelief in climate change by many—but not all—evangelicals.

END_OF_DOCUMENT_TOKEN_TO_BE_REPLACED

I’m not a real big Starbucks fan. Their coffee is okay. I don’t have real strong opinions about them. But about fourteen years ago, for about a day, I decided to form a strong opinion about Starbucks. END_OF_DOCUMENT_TOKEN_TO_BE_REPLACED

When in doubt, turn to scripture. Christians have done so for ages when faced with difficult choices about personal and public health. Here are 10 messages given to us from scripture about public health.

END_OF_DOCUMENT_TOKEN_TO_BE_REPLACED

A lot of people this year have been tired of it. Not really liking their options. Politically speaking. For a lot of us, both seem pretty bad.

So then you’ll hear someone say, “neither are the best option, but one is far better than the other.” Of course, such an opinion will come naturally. You’ll also hear someone say “the two parties, Republican and Democrat, couldn’t be any different from one another.”

And is that true?

In some way, yes. You look at their platforms and talking points. What one says it’s pro, the other says it’s anti. At least, when you get to frame the language. But what does it mean for them to be so different? Is it simply a matter of comparing their talking points and determining they are as distinct as good and evil?

The two sides of a quarter could not be any further opposed to one another:

Ultimately, this is what the two-party system in America has become.

They both give in to corporate lobbying, they both ignore the national debt, and they both contain hypocrites lacking in integrity.

It might seem like that. But there are pro choice Republicans and pro life Democrats. There are Democrats who believe that less abortions will happen if it is legalized and healthcare is robust. There are Republicans who believe that less abortions will happen simply if The Supreme Court makes it illegal across all 50 states. I’ve never heard anyone from either of those parties say they love abortions.

But life is about more than birth. Where do these parties stand on protecting the public from all manner of death? Or letting people protect themselves? What are their stances on warfare? For example, did you know that drone strikes have been known to kill children? That abortions were committed when the atomic bombs were dropped in Japan? Did you know that as much as 4% of people on death row are estimated to be innocent? The list of complications could go on.

And I haven’t even brought up how both parties choose to respond to a pandemic.

These two major parties are sides of a singular party-coin one could call a necropolis. What is a necropolis? It’s a city of the dead. The term can refer to a cemetery, but also to a civilization thriving off death.

An extreme example of this would be the world of, say, Mad Max. Or ancient Egypt. The death of some is almost worshipped as essential to the life of others.

In any world where death is celebrated as essential to a society’s thriving, you have a necropolis. Allowing the murder of babies? Necropolis. Perpetually sending young men and women off to war? Necropolis. Euthanizing the old and infirm? Necropolis. Overworking the poor until they die from poor health like broken machine parts? Necropolis. Tearing families and neighborhoods apart with oppression, robbing them of their resources, poisoning them, deceiving them, perpetuating conditions that lead to civil unrest, depriving people of meaning? Necropolis.

Ultimately, for all its fireworks, the American society is such as this. And it has long been such. Consider the following quote:

The tree of liberty must be refreshed from time to time with the blood of patriots & tyrants. it is it’s natural manure.
-Thomas Jefferson

According to Jefferson, owner of slaves (that is, treating humans only as bio power), liberty requires a cycle of killing. In the same letter from which this quote derives, Jefferson asks, “what signify a few lives lost in a century or two?” Under this logic, killing a few people every century, under any circumstances, would probably justify a heap of liberty. After all, some people are just manure.

In the book of John we are told, “Caiaphas was the one who had advised the Jewish leaders that it would be good if one man died for the people.” The great irony is that Caiaphas’ willingness to kill one innocent man to preserve peace, though true, was only true because of the resurrection of the Christ. Caiphas held to a pro-death principle, but the principle of Christ is life. His death does nothing without life returning. And though his death was a necessary step, those who killed him were not noble, not in the right. By resurrecting, Jesus defies Necropolis.

Both major political parties have their own ways of trying to calculate the worth of other human beings and placing limits on life. Both parties accept ideologies of subjugating the bodies of others and limiting the population’s natural growth. Both parties have tendencies to view human lives according to their utility.

Both parties validate the American empire and culture’s ways of producing and exporting death with efficiency and a far reach. Be it fast food or endless warring or gun violence. We attach the logic of martyrdom to unborn children, to young soldiers fighting for oil prices, to children murdered in a school, to immigrants dying on the border, to the vulnerable dying from a pandemic. And regardless of rhetoric, both parties end up catering to interests that perpetuate necro-power.

That’s not to say that other civilizations aren’t worse, but boy do we tell ourselves we know better. But ask any number of people who subscribe to one major party or another, and there is at least one group of people they would celebrate the death of.

So if you feel like you need to make a political choice soon, remember first of all that you can choose to refuse these choices, and not participate in a system of death. But if you want to participate, there are also more than two options. For example, there is the Libertarian party, or the American Solidarity Party. These are just two examples that have been gaining popularity in recent years (and votes).

It’s one thing to accept that death is an inevitable part of life. It’s quite another to necessitate death in the pursuit of prosperity and personal liberty.

Choose your own necropolis. Or choose something else. Flip a coin. You’ll likely get opposites…of the same hunk of metal.

So there’s a new movie coming out. Maybe you saw the trailer for it. Some sci-fi flick called Dune, based on a famous novel. But say you haven’t read it. Well, it just looks like Star Wars except all on that desert planet and no lightsabers. With giant worms, right? END_OF_DOCUMENT_TOKEN_TO_BE_REPLACED

[after watching so much rain fall and then suddenly hit the dryness, I returned to a poem I wrote as a teenager, when I was obsessed with the four seasons] END_OF_DOCUMENT_TOKEN_TO_BE_REPLACED 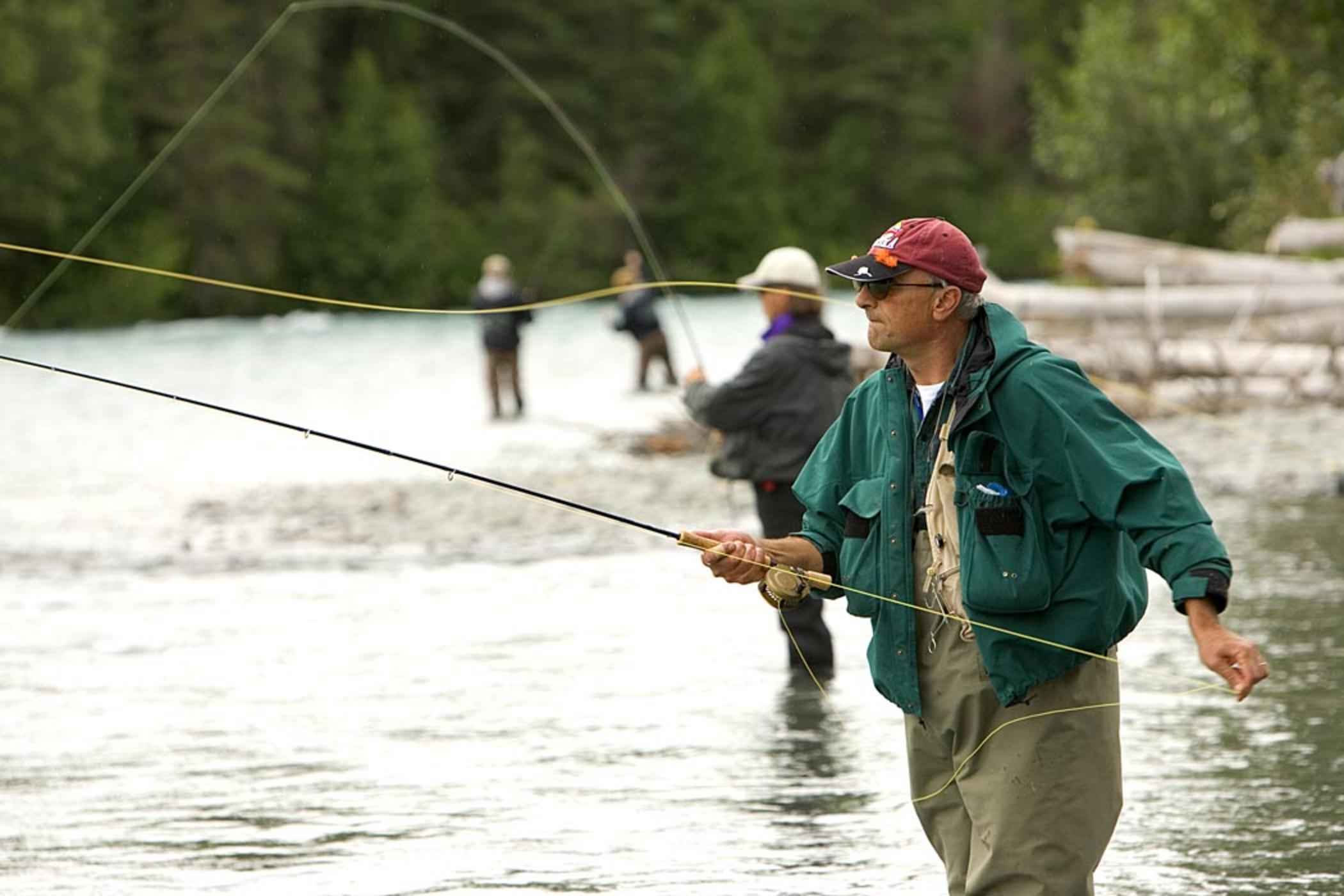 Flyway: A Journal of Writing & Environment has published one of my short stories, titled “Whatever Happened to Quill Gordon?”

You can read it here.

Maybe you came across a link to this documentary someone uploaded on YouTube. Some have said that the video is telling a very powerful and truthful story because it was made and posted by a doctor named Judy Mikovits. But to be honest, Judy Mikovits is a doctor in the same sense that Mike Hughes was an astronaut. END_OF_DOCUMENT_TOKEN_TO_BE_REPLACED