N.T. Wright no the ancient historicity of the resurrection. 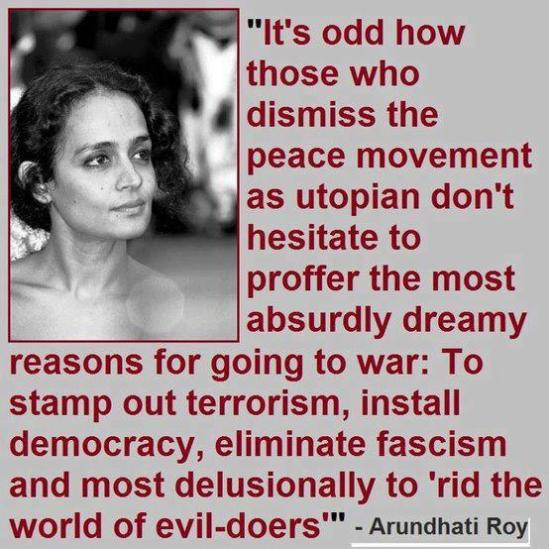 Three early Church of Christ restoration leaders on war, peace, and the body of Christ.

Ever hear that one?  The colloquial phrase “ain’t” is typically a contracted variation of “am/is/are/was/were not”.

We commonly hear that “ain’t” is improper, is bad grammar, is a sign of ignorance.  Is this true?  And what does the use of “ain’t” say about us?

Conventionally, many people suppose that it is.  After all, in none of the preceding forms of “to be” that ends in the word combination “ain”.  Yet somehow we have ain’t.  This leaves us with the question, “how did this develop?”
END_OF_DOCUMENT_TOKEN_TO_BE_REPLACED

“My Week at the Full Armor Lectures”
by Jeremy Marshal
the Shocking Truth:

From the Conclusion:
“When I wrote these, I wrote them
for children who were told that dancing is tantamount to sex.
For girls who were taught that their bodies were shameful by preachers who blamed Bathsheba for David’s sin.
For families where brothers and sisters were not even allowed to swim in the same pool for fear of arousing unnatural passions.
For those who have lived in constant fear of hell because of a soteriology that can only be described as, “Once saved, always in jeopardy.”
For those who have been deprived the comfort of the Holy Spirit’s presence in their life by preachers who told them that the Spirit dwells only in the Bible.
For entire families of preachers who have literally been kicked to the curb without notice because of a homiletical misstep or a personality conflict with a power-hungry eldership.
For those who have been told, “We will not even baptize you until you divorce your wife, because your marriage is unscriptural. It is better to break up your family than to burn in hell.”
For the women who have been “put in their place.”
For the LGBTQ family members who have spent hellish years trembling in the closet.
For the young alcoholic booted out of the Christian college without so much as an offer of help or treatment.
For the young man with a porn addiction who confided this to an elder and was threatened, “I’ll bet your momma would be real ashamed if she knew what you were doing.”
For the men with porn addictions who were told in the Open Forum of a Christian college lectureship: “I don’t see how it’s a problem. I love to go fishing, but if Jesus told me not to do it, I’d get rid of my rod and reel. It’s that simple, boys.”
I wrote these for everyone who has ever felt the need to pray, “Lord, protect me from my brethren.”

My Week at the Full Armor Lectures
by Jeremy Marshal
Wednesday, part 2

From the harrowing climax that is called Wednesday part 2:
I remembered that Sharp and MacDoogan had called the Bacon Lane elders the night before and sowed seeds of doubt about my mental stability. I could tell that my assertion that they were attempting to extort me, combined with the tape of my meltdown at the breakfast table, wasn’t helping my case. On the other hand, Brother Dean is one of those tin-foil-hat conspiracy theorist guys. He believes the world is ran by the Club of Rome, that the government is trying to poison us with fluoride in our drinking water, that the Holocaust and themoon landing never happened, and that the real culprit behind 9/11 was the Jews. How could a fellow who believed all that stuff not believe that I was being railroaded? Seems like it’d be right up his alley, really. “Were they also trying to blackmail you when you cussed out Mack Snipes?” he asked.

“My Week at the FUll Armor Lectures”
by Jeremy Marshal
Wednesday, part 1

from Wednesday:
“Brother Sharp was acting like a game show host announcing that I’d won the grand prize. “Besides the vacation, Calvin, the Cortez church is going to be donating these books to you, for your personal library.” He handed me the list to look over. Debates I’ve Won; More Debates I’ve Won; and Debates I’ve Attended and Really Enjoyed, all by Dr. Remus Philbert. A Critique of Everything Written By Strudel Harrison Since 1985 (Including Church Bulletin Articles), by Mance Tatum. Whores of Babylon: Why All the Liberals Want to Score, by Flavil Waddey. A Preacher Boy’s Guide to Pulpit Humor and Potluck Etiquette, by Herbert and Edwina Sharp. “What do you think, Calvin?” he asked. You might have thought he was telling me I just won a new BMW the way he was going on.”

“My Week at the Full Armor Lectures”
by Jeremy Marshall
Day 3 (pt. 2)

From day 3.2:
“After my talk with Beauregard Jones Tuesday morning, I decided to skip the pre-lunch lectures and go to the Memphis Zoo. It dawned on me that the Full Armor Lectureship—indeed, our entire fellowship—was its own menagerie, a stationary Noah’s ark whose inhabitants refused to leave, all blaming one another for the stench in there. We are not exotic breeds from faraway lands in the First United Primitive Christian Church, however. We are more like stubborn relics of the recent past, looking at the world through nauseatingly garish Technicolor lenses. We live on in the rubble of Modernism, proudly making no concessions to the rest of the world as it evolves without us, flinging our filth at each other. I felt quite at one that day with the animals in the zoo, for it came to me that I, too, had been bred in captivity.”

“My Week at the Full Armor Lectures” by Jeremy Marshall
Day 3 (pt. 1)

from Day 3.1:
Brother Jones waved a dismissive hand. “My views on Hell were well known amongst those people years ago, Calvin,” he said. “Up until a few months back, they just thought of it as one of those pet anomalies every preacher is allowed to have. Let me give you a few examples: Alasdair Cornwall, one of the eighteenth-century visionaries whose ‘back to the Bible,’ non-denominational preaching spawned our little movement, was an Arian, and I’m not even sure if he knew who Arius was. The pioneer revivalist ‘Onion’ Jim Throckmorton taught that it was a sin to get sick. O. D. Gypsum, the much-venerated Greek professor at Steed-Ramrick University from 1923 until 1965, was a staunch pacifist. Yet all these men are quoted freely from Brotherhood pulpits. Then, there’s a slew of outright bigots, such as Lloyd Q. Sargent, Jephthah Wigglesworth, and Zebulon Butcher, who put down their black brethren in their journals and belittled any white congregation that allowed a black evangelist to come preach there. But they are still seen as heroes for their strident defenses of orthodoxy, despite such blatant manifestations of a sinful attitude. It wasn’t an odd perspective on Hell that caused them to put the ban on me, Calvin. I’m in trouble for a much graver display of heterodoxy than annihilationism. And now that I’ve offended them in a great matter, they are calling me to task for every small matter, as well.”

“My Week at the Full Armor Lectures” by Jeremy Marshall
Day 2 (pt. 5)

“Excuse me,” I said. More applause, more whistling, more stomping feet. So I spat the words out like a school teacher who has returned from a restroom visit to find her classroom baptized in chaos: “EXCUSE ME!” The applause abruptly choked, except for Skeeter McDoogan, whose clapping sort of sputtered out like a dieseling engine. Then I calmly added, “Excuse me, but I do have some questions.”

“First, I keep hearing Mack Baldato and Strudel Harrison being chastised for wearing sweaters. What’s wrong with wearing sweaters? Maybe they just like wearing them. I don’t see how that’s a sign of apostasy.”
END_OF_DOCUMENT_TOKEN_TO_BE_REPLACED