Whether or not he actually put pen to paper to do it, John the Beloved (who is also John the Elder) wrote the Gospel of John. Four large chapters were spent on this disciple. The Gospel is written the way it is, our author argues, so that original readers would be surprised by the fact that John wrote it. Once original readers get to the end of the Gospel, they have learned enough about John to consider him worthy of being a source of the story, and that is when his identity as the storyteller becomes clear to that audience.

Much of that time is devoted to the use of the pronoun “we” used in regards to John himself. But we found most interesting the presentation of John’s Gospel as an elaborate trial for Jesus, defending him against charges that he is not the Messiah. Seven witnesses are called: John the Baptist, Jesus himself, the Samaritan woman, God, signs (miracles), the scriptures, and the crowd.

What made John an ideal witness? 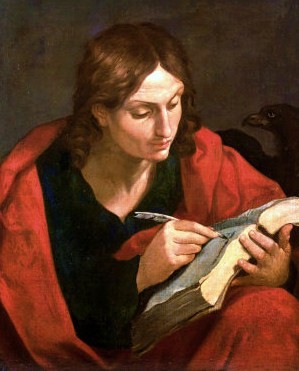 This makes him a good source, even if some historians would claim he is “too close” to the story. He was close to Christ, but that means he saw what happened. His insights might be more than factual information, but they nonetheless reveal the significance of what occurred.

But what about John being presumptuous? He does refer to himself as “the one Jesus loved.” Bauckham explains that John perceived his own role as important, that he is humbly thankful to be loved by Christ so much that he is given the task of being a witness. “He chose to love me! He selected me for a special task! Wow!”

John’s Gospel is important because it “incorporates the most extensive reflection on the significance of the eyewitness testimony.”

We knew John’s Gospel was regarded as the odd one out of the synoptics. We were intrigued by these new insights in our study.

In the next post we get to the question, “Is oral tradition trustworthy?”

3 responses to “Jesus and the EyeWitnesses: A Study with a Skeptic , Part 8—John, the Beloved Disciple”