As with our friend we studied with, we had grown up simply weaned on the idea that since the Holy Spirit directed the writing of the Gospel, God just straight up told each writer what to write word-for-word. This doesn’t explain, for example, why Luke tells Theophilus that he himself researched the Gospel accounts before writing his. So the idea of defending scriptures by appealing to them being well-researched by their authors was actually somewhat new to me. Instead, I was used to them being defended on the grounds that proof of their accuracy was direct proof of their divine origin, regardless of any research done into the story.

Bauckham admits that his book “runs counter to almost all recent New Testament scholarship.” Keyword: recent. Recent doesn’t always mean best. He proclaims that this recent scholarship has not adequately addressed evidence that the synoptic Gospels reflect not only reflect one another, but a proposed oral source from which they derive.

An example of this would be how many recent scholars compare the Gospels to folk literature, but fail to point out that folk literature did not have an author, whereas the Gospels claimed authors from the beginning. Not only do they not treat themselves like folk literature, but people would not have originally received them as folk literature. Bauckham criticizes Form Criticism itself, which “can really only deal with matters of form and cannot function to determine the origins or relative ages of traditions.” He also points out recent developments that also counter recent historicism:

Of course, another big problem with comparing the Gospels to folk lit. is that folk lit. is generally passed down over centuries, whereas the Gospels were passed through few hands before being recorded in writing. Plenty of people who had likely seen Jesus at least once were still alive when Mark was written. 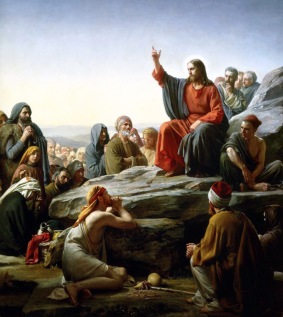 “The disciples of rabbis were expected to memorize their masters’ teaching [with] exact words,” says Bauckham, and the Twelve would have functioned as a community of authorities all under the same rabbi, Jesus.

Informal or formal? Controlled or uncontrolled? This book details a reasonable theory on how oral tradition can be preserved  in a community that cares about the story and relies on those who have “been there” in the story a long time, continually reciting it the same way again and again—collective, corrective memory. The story remains fixed and cannot change. “Each telling is a performance of the tradition itself […] each starting from the same storehouse of communally remembered events and teachings, and each weaving the common stock together in different patterns for different contexts.”

I could go on here, but honestly, you need to read it for yourself. It’s very eye-opening and thought-provoking.

Just as the game “telephone” is used to try and disprove the reliability of the Gospels, the concept of constantly used phone tree can be used to defend against it. Our skeptic friend still had problems with the reliability of oral re-telling, but they were willing to hear the story out further. We felt we were getting somewhere.

In the next post we move from this discussion into memory and testimony.

One response to “Jesus and the EyeWitnesses: A Study with a Skeptic , Part 9—Is Oral Tradition Trustworthy?”