Is Alex a victim of the modern age? He is certainly despicable in nature, and becomes the focus of society’s pity. And is it because he becomes an issue, the problem of sex and violence on youth?

Oh, but to readers, it is the question of freedom of choice. To Alex’s society, the question is whether we can reform a man permanently. But to us, it’s what we lose if we do.

In Anthony Burgess’s madcap speculative satire, the protagonist is the leader of a gang that beats and rapes the helpless for their own pleasure. Yet because he loves classical music and wields a tasty language, we somehow find him, almost, to a degree, charming.

After attacking the house of an author who happens to be writing a book called A Clockwork Orange (originating from the Malay word Ourang, which means man), Alex is apprehended and taken to prison. In order to get out of prison early, Alex volunteers for a revolutionary crime-aversion therapy, which brainwashes the criminal to associate violent actions with pain and discomfort. Alex seems to be cured; he is no longer a danger society, but his aversion to evil, is it his own choice? 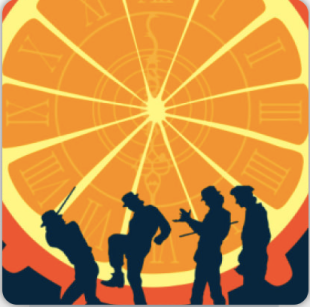 “They enjoy their so-called punishment,” remarks a minister. I think the same may be said of readers. What a bizarre formula of irreverent comedy and philosophical drama!

But the minister also says, “If a man cannot choose, he ceases to be a man.”

The prison ward assigns Alex the number “655321”, a sign of the problem being taken care of at the expense of his individuality and freedom being taken away. Alex is “cured” all right, but of more than his desire for criminality.

Painting the portrait of an outcast hoodlum who refuses to comply with the rules of society, to the point where brainwashing is the only choice, Anthony Burgess explores the themes of violence making violence, crime in the midst of punishment, and the absurdity of forced obedience. In the midst of terrible actions committed by the worst among humanity, the worst response to such horrid lawlessness is an equally horrid treatment.

As the prison chaplain says, “He [Alex] ceases to be a wrongdoer. He ceases also to be a creature capable of moral choice.”

He becomes a clockwork man. Something that is supposed to be bright, well-rounded, delicate, but full of life, like an orange.

Whatever Burgess himself wanted us to drink from his zany cocktail of a novel, I draw this: That our efforts at eradicating evil can also eradicate the heart of who we are. Surgically remove the capacity of man to do evil, and you remove his heart. For his heart is the proof he is capable of the decision to love.