As the United States Constitution was ratified, A “Bill of Rights” was added in the form of the first 10 amendments. The first of these gives protection to the people against the government making any law abridging the freedom of speech and of the press. Along with this is the guaranteed right to address the government with grievances.

In America, the people have every right to complain to any member of the government, and they can use media tools at their disposal to do so. It is illegal for the government to interfere with the public distribution of both information and opinion.

Why? Great Britain had limited the free speech of the colonies, and prohibited the sharing of press the crown did not approve of.

The US government hasn’t always honored its own Constitution in this regard. In 1798 The Federalist party passed the Alien and Sedition Acts, which made it a crime to criticize the president. Fortunately, Jefferson opposed the act. Rather than attack the very press that cast doubt into the country’s leadership, Jefferson concluded the following:

“If there be any among us who would wish to dissolve this Union or to change its republican form, let them stand undisturbed as monuments of the safety with which error of opinion may be tolerated where reason is left free to combat it.”

In other words, Jefferson had no interest in demonizing the press. If he had anything to say in response, he would use factual statements and well-reasoned arguments. Not abusive rhetoric (or legislation). Even when Jefferson urged Madison to “cut [Hamilton] to pieces in the face of the public,” he was speaking of using newspapers to critique his political points, not use the platform of public office to demean the role presses that critique the office. He also restricted such a violent statement to a private letter.

In 1861 Abraham Lincoln signed executive orders making it illegal to correspond with certain Northern newspapers that were considered sympathetic to the Southern cause, or even critical of the president himself. Lincoln referred to certain newspapers “the enemy.” Freed slaves? Yes. Freed speech? No.

Journals like The Gospel Advocate (affiliated by Churches of Christ) had a long history of preaching anti-war, pro-peace messages that conflicted with the state’s agenda. Attorney General Lee Douglas threatened the Gospel Advocate and other journals with imprisonment for its “seditious” (or in this case, pro-Jesus) articles.

Suddenly the journal reversed its stances. Statements like “Be careful that you do not say anything against the government of the United States during the present crisis,” and “manifest your love for your country and show patriotism in every way” [emp. added], started appearing in the journal, making it unrecognizable as a Christian journal. Threats to a free press are threats to pure and undefiled religion. 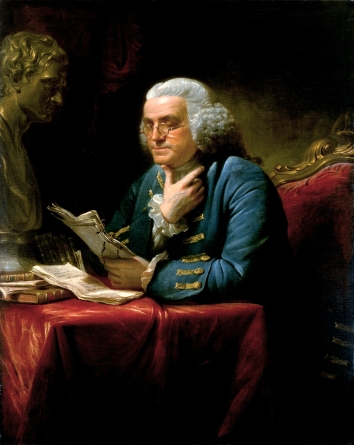 So what did the founding architects of the U.S. Constitution have to say about the role of press coverage?

“Freedom of speech is a principal pillar of a free government: When this support is taken away, the constitution of a free society is dissolved.”
—Ben Franklin

None of the means of information are more sacred, or have been cherished with more tenderness and care by the settlers of America, than the press.”
— John Adams

“To the press alone, checkered as it is with abuses, the world is indebted for all the triumphs which have been gained by reason and humanity over error and oppression.”
—James Madison

“Our liberty depends on the freedom of the press.”

“Were it left to me to decide whether we should have a government without newspapers, or newspapers without a government, I should not hesitate a moment to prefer the latter.”
—Thomas Jefferson

It wasn’t checks and balances, or even guns, that guaranteed a free society. It was a free press.

Leaders are themselves protected with freedom of speech. And a tension between the speech of a people and the rule of its leaders is supposed to exist. But when leaders use their influential voice to denigrate any press that challenges them, they are verbally attacking a necessity built into the Constitution.

Just the other day United States President Donald Trump made the following announcement:

The Fake News hates me saying that they are the Enemy of the People only because they know it’s TRUE. I am providing a great service by explaining this to the American People. They purposely cause great division & distrust. They can also cause War! They are very dangerous & sick!

This is certainly not the first time Pres. Trump has accused all journalists who criticized him of being the “Enemy of the People.”

In a free democracy, news outlets will naturally gear toward various readerships based on their political leanings. But the ideal is that the outlets who can maintain objectivity when necessary will win out. When they don’t, it’s the fault of the people.

But President Trump has done a rare thing among American Commanders-in-Chief, cementing an already divisive alliance with news outlets as a reward for focusing only on his positives, and even treating them as sources in his information briefs. And he’s led countless fans of his to believe truly that he is always right, and everyone else is always wrong. Not only wrong, but “sick.”

When it comes to the show “Fox and Friends,” the POTUS treats the news show as the best source of information, regardless of how true the story is. He even copies the language of the show in many of his tweets. “Fox and Friends” loves to flatter the president. This is what we call a feedback loop. In fact, in one segment, Fox asked Trump to blink the lights in the White House to show he was watching their show. Fox has begun to tell the President what to do, which is expected. In America, the people must communicate to its leaders.

Where was Trump to denounce Info Wars as “sick” when Alex Jones claimed the Sandy Hook shooting was a hoax? Nowhere. Rather, he touted Jones as having an “amazing” reputation, and told Jones he would never let him down.

When the President is only getting his information from one news outlet, and so are his followers, what kind of free society are we moving towards?

As The Daily Beast reports, “the illusion the Trump team seems to labor under is that only explicitly partisan press in their favor is fair and legitimate.”

As Senator John McCain has stated, “if you want to preserve democracy as we know it, you have to have a free and many times adversarial press. And without it, I am afraid that we would lose so much of our individual liberties over time. That’s how dictators get started.”

McCain was careful to say “started.” Donald Trump is no dictator. He has taken virtually no legislative action against the press. But his rhetoric echoes that of many despots, and his disposition against any press that does not constantly booster him has much in common with that of leaders who have taken legislative action against free speech. While the Constitutional limitations of his power render these attitudes harmless as far as his listed powers go, the power of influence renders his speech acts divisive and abusive, encouraging citizens to distrust all media that challenge him.

Every politician is Constitutionally allowed to speak his own mind. It does not follow, however, that he ought to, nor does it follow that he ought to do so in a reckless manner.

If spreading fake news makes someone an enemy of the people, then based on the amount of fake news emerging from the White House, Fox News, Breitbart, and Info Wars, President Trump’s own logic must lead us to conclude that he is the enemy of the American people.

But those same people elected him.

But we know from human nature that it is easy for a people to act against their own interests. Regardless of their political affiliation.

One response to “When a Free Press Becomes “The Enemy””