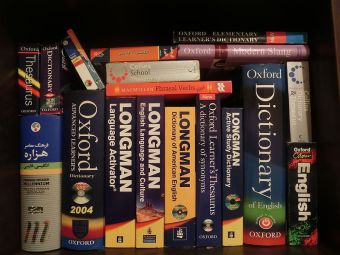 It’s a common way to begin addressing anything. You start with the definition of a word, and then go from there. It helps if you’re having trouble, and it can help make a point. But be wary, especially if you’re trying to build a critical argument on the common definition of a word. Dictionaries are collections of definitions of words, as most dictionaries themselves will tell you. While they’re reliable, using them in writing (or speech) can be done recklessly.

So here are 5 things you need to know before citing the dictionary:

A history of the English language in ten minutes

So in most cases, this means avoiding citing the dictionary altogether.