PART 2: Grass
“You shall no longer take things 2nd or 3rd hand…nor feed on the specters in books.”-Walt Whitman

Who is Margo Roth Spiegelman? Is she a popular elite brat? Is she a culturally hip closet poetry nerd? Is she a deviant runaway? Is she a selfish drama queen? Is she damaged goods? Or is she just a tangled up girl whose strings are broken? 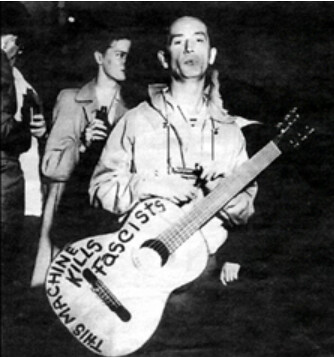 About the time Margo herself disappears we learn her fascination with cultural idols such as Woody Guthrie and Walt Whitman. As true symbols, these icons become to clues both to Margo’s disappearance and her “appearance.” They function to point the way to where she has gone to, as well as to who she is. For Q, this search becomes one in the same. He assumes that these icons, these images, will truly represent Margo. With these cultural specters, our narrator chooses to construct his own vision of Margo, his own town to populate with his vision of Margo.

Q learns that “paper towns” are “pseudo visions,” abandoned subdivisions with nothing but the raw infrastructure of what would have become an inhabited neighborhood. These are false utopias that collapsed before they were imagined, designs never reaching fruition, gardens planted but never grown. Q comes to believe Margo must be found in one of these abandoned structures, alive or dead. It only makes sense: Margo showed him the entire town with all its divisions and subdivisions, and referred to the people as paper people, the towns as paper towns.

Margo Roth Spiegelman was tired of ownership, tired of being surrounded by people who didn’t really care. Maybe it was angst, maybe it was depression—Q can not put a finger on what is up with her and more than he can put a finger on where she is. “Like a metaphor rendered incomprehensible by its ubiquity,” he says, “there was room enough in what she had left me for endless imaginings, for an infinite set of Margos.”

And so Q’s journey becomes a nearly infinite series of dark halls and dead ends.

“I tramp a perpetual journey,” reads a highlighted line from Margo’s copy of Leaves of Grass. In his adolescence, Q cannot help but imagine his journey to find Margo as having some sort of ending, some sort of resolution, and a quick and simple one at that:

But Q’s own journey becomes vexing and quixotic. As he buries himself deeper into Whitman in order to understand the highlighted clues, he begins to understand the pieces of Margo herself more and more, yet cannot see the leaves for the grass. Is the poem a sad, depressing song about death, or is it about embracing that death is certain? Both he and Margo brutally encountered death at an early age. How can he not see life as she does? Why is he failing in his quest?

But here is Walt Whitman, as Q begins to picture him, this man laying in the grass, his hands spread out, connected to everything, connected to all the other people in the land who walk upon the grass. Whitman tramps a perpetual journey not from place to place, but everywhere and nowhere all at once. In this way, he becomes mythic. In this way, Margo becomes mythic. She has disappeared off the map. She cannot be marked. This ubiquity certainly isn’t helping him find her.

And this frustration at trying to obtain a girl—this is what pulls any adolescent (or former adolescent) reader in. So many readers have been there: Trying to figure a girl out, trying to catch a girl out of our reach, trying to get to know a girl who seems distant, trying to chase a girl who we can’t tell wants us to follow or not. Only with Q, our search is literal and metaphorical. We may like to think that our pursuits are both.

When you are a teenager, the pursuit of a crush is a matter of life and death, and it is the most heroic quest in the universe. Green invites us in on that quest, and teases us with empathizing for Q in a kind of tongue-in-cheek way. “I am the man,” says Whitman in one of his lines. “I suffered. I was there.” And then later, “I myself become the wounded person.” In our search along with Q, at some point we almost feel we have become him, just as he almost feels he has “become” Margo, gotten inside her head just by taking in the breadcrumbs in her trail.

But Whitman says that we must become exposed, and we must listen. We are trapped in our structures, our shells, our entrapments, we must step out. And for Q, that means a journey. Literally, a road trip…

2 responses to “Paper Towns and the Idolatry of Imagination: Part 2—Grass”