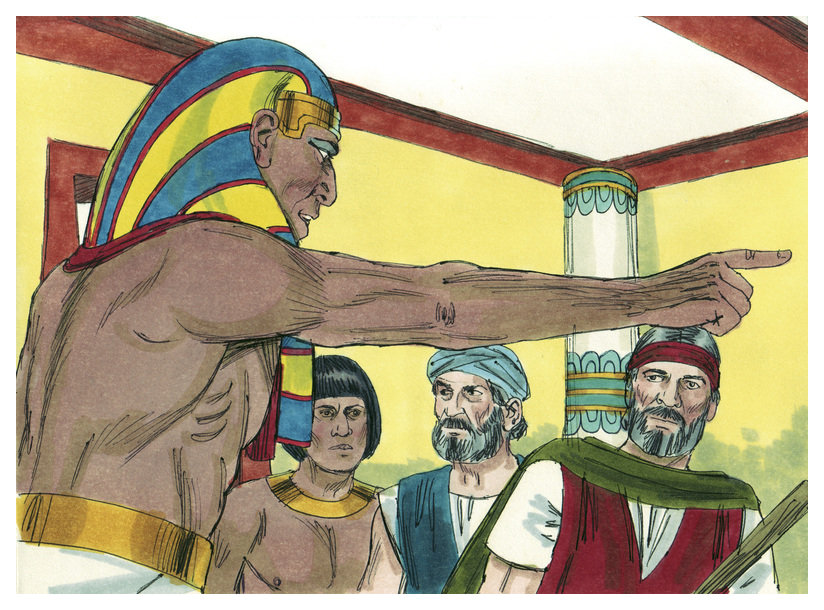 You’re Pharaoh, and you want your empire to reflect your glory. You must have everything your way. Sometimes, you get this feeling that some of the decisions you make just plain hurt somebody. But you are a sort of divine being, after all, in charge of this empire on behalf of the gods. Even this Moses fellow you admire appeals to you to let his slaves go. You don’t care. They’re just Hebrews. Even after these ten plagues that shake your trust in your gods, you can’t give in now. You’re above them all. You can’t show a sign of weakness.

You’d think ten plagues would change Pharaoh’s mind. Yet, his heart was hardened. This emperor exemplifies stubbornness and cruelty. And if Pharaoh is cruel for vetoing Moses’ innocent request for freedom, is the God of the Hebrews equally cruel for vetoing any spark of humanity in Pharaoh’s heart? Why would God sent these plagues that bring harm upon Pharaoh’s own people, only to force him to refuse the very request Moses makes?

It’s a dilemma that helps turn many a Christian into either an atheist or a Calvinist. In God’s full sovereignty, he must have made Pharaoh had the response he had. Or it’s just a story that either doesn’t make sense about a God we can’t believe.

The story is more complex than a cursory reading. We know of God’s sovereignty: In the narrative, the totality of plagues shows his power over everything the gods of Egypt supposedly controlled. Demonstrating power to control man’s will would have been superfluous. Everyone in Egypt knew the will of kings was still bound by the gods anyway.

Consider the pattern of events: There are 3 cycles of plagues. Sometimes a warning is recorded, sometimes not. Sometimes the agent of the plague is Aaron, sometimes it is God, and sometimes it is Moses. Sometimes the staff is used, sometimes not. Sometimes Pharaoh promises to let the people go, and sometimes he does not. Yet every single time, for all ten plagues, it is said that Pharaoh’s heart is hardened. The focus here does seem to be that a) God is ultimately in charge (the plagues are his, Aaron and Moses are his servants, he is a few times said to be the one hardening Pharaoh’s heart), and that b) Pharaoh’s hard heart is the pivotal factor in the entire cycle of plagues, the cycle of stalled freedom.

God is in charge; it’s up to Pharaoh. The Calvinist and the atheist may not be convinced. Generally, the Calvinist wants God to not only show his control, but be using it in every decision. The atheist thinks the Calvinist, and therefore all Christianity, is unfair.

To my Calvinist friend I ask this: If God is trying to show us his sovereignty and glory by forcing these attitudes upon Pharaoh, what lesson am I learning from it if my learning a lesson is also 100% up to God? Why is Pharaoh punished for something he didn’t actually do on his own? Is God like a seven-year-old melting his own plastic army men figures for an imagined insubordination?

Dear Calvinist, if you want to build a case for God exercising—not just having, but exercising—100% control over Pharaoh’s feelings and actions, you simply don’t have a case. The very scriptures you point to have proved you wrong. Before you were even born you were proven wrong. It was, as one might say, predestined that you would be wrong. All it takes is one time for the text to say that Pharaoh hardened his own heart. We are given three for good measure. For a rhetorical effect, five other times God is not even “given credit” for the hardening of Pharaoh’s own heart. In fact, we are also told that Pharaoh refused to humble himself (10:3). If I am looking for an indication that God 100% exercises control over each of Pharaoh’s actions like a man with a marionette, I would expect 100% consistency. It must be that the passage is trying to tell us something else.

This passage tells me that God, it’s possible, might have “forced” this attitude upon Pharaoh in some instances and not others.  The passage tells me God had a strong role in pushing Pharaoh to harden his heart, powerfully influencing his feelings, but not forcing them. It does not tell me that Pharaoh was a robot with levers being moved by God.

The answers to the abuse of the phrase “hardened his heart” are much repeated, but much reliable. We know already that having a hard heart is not a literal expression (unless this is a Nathaniel Hawthorne story), so we know we are already in the realm of figurative language. I would want to be extra careful about also taking literally the idea that God “hardening Pharaoh’s heart” means that God directly installed an attitude into Pharaoh’s being that the emperor would not otherwise have developed on his own accord as a response to God.

In language arts, we call this type of figurative language metonymy, in which an action being allowed is expressed as the action being committed. This is like when David arranged for Uriah to be killed in battle by moving him to the front line. There is no question that David didn’t lay a finger on Uriah physically. Yet Nathan, a prophet of God, tells David “You have killed Uriah the Hittite with the sword” (2 Samuel 12:9). Either the prophet is a liar, a man who doesn’t have his facts straight, or a man who knows how to use metonymy.

Experts in Hebrew figures of speech such as E.W. Bullinger and James MacKnight have pointed out that the figure of speech in question indicates not that God forced hard-heartedness upon Pharaoh, but that he enabled it. When God permits anything, he is withholding the sovereignty we would otherwise assume he has the right to exercise. He is up to something by not being up to something. He is showing he is in control by showing he doesn’t have to have full control. As a believer in man being created with free will (and therefore as a non-Calvinist), it is not God’s sovereignty I have a problem with, but the assumption he is always exercising it in full. If God has a will, how can I, being created in his likeness, not have a will?

We should have no problem with both being true. We’re dealing with an idiom, not an axiom. God sent Moses with a demand that would shrink Pharaoh’s power and bountiful economy. He revealed miracles that brought forth his glory. He sent plagues that frustrated Pharaoh’s sense of power and security. He did this multiple times. That should be enough to either make a man give in or grow more stubborn. It all depends on the heart. In the words of Christian apologists Dave Miller and Kyle Butt, “God was certainly the instigator and initiator. But He was not the author of Pharaoh’s defiance.”

The story is complex, as is reality. Multiple factors had a hand in Pharaoh’s attitude, but as far as we know he was an agent of free will, and an adult capable of making his own decisions. 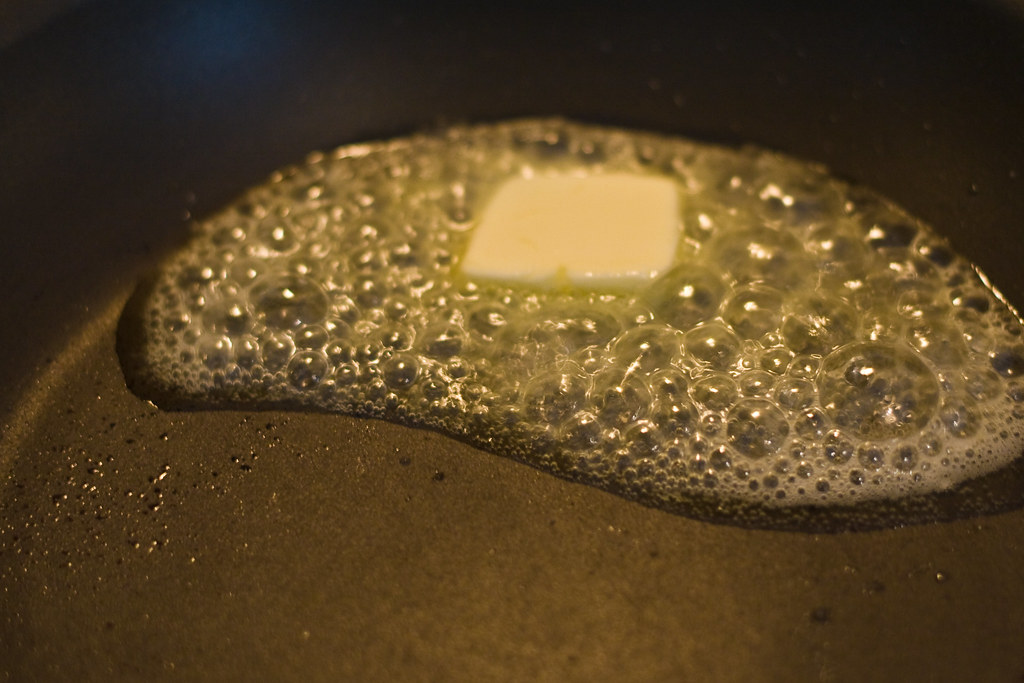 Remember when I said that the answers to the abuse of the phrase “hardened his heart” are much repeated, but much reliable? Here is one more you may have heard:
Clay and butter are two very different substances. When placed in the sun, one melts, the other hardens. The sun melts the butter and hardens the clay. But the sun did not make this happen any more or less than the nature of these substances made it happen. The sun does not care what is clay or butter. It just shines. Clay and butter are not responding to what the sun is, but what it is doing to them. The nature of the sun and the nature of theses substances both play a role in this physical change.

Yet even this is a figure of speech, an analogy, a trio of metaphors. God, unlike the sun, shines grace on us, and wills that we will respond in a way he wishes. Yet he made us with a will like his, only without his power. We are limited in how we can respond to him, but we can still will our response. Just as he can will whether to shine or not shine, we can will ourselves to be clay or butter.

To the Calvinist I say this: Harden your heart no longer to the agency of will created in us.

To the atheist I say this: Harden your heart no longer to God, but to the Calvinism you might have been exposed to at some point or another.

God is wholly in charge; your heart is pivotal in deciding your fate. The two are not mutually exclusive.