Is Christianity a Western religion? Wasn’t it born in Greek culture?

The New Testament may have been written in Greek, for a Greek audience, using Greek ideas to persuade a Hellenistic culture, (Greek being a foundational culture of the West), but Christianity sought to challenge this Western culture more than it sought to appeal to it, therefore confronting Western culture with a transcultural, transpolitical “counterculture”, a body of belief and practice very alien to its own.

Certainly, in the New Testament we see several instances in which someone is using Greek thought and ideas to persuade a Greek audience. John 1 refers to the “logos,” a Greek concept (made popular by Heraclitus) that stood for many concepts: Word, thought, speech, logic, symbol. He chose this word to refer to both the Word of God and Christ as the Word in flesh. Socrates and the Allegory of the Cave could remotely relate to Christian teachings of the relation between flesh and shadow, although it’s a stretch.

Also, Paul and other writers seem to be using techniques of apologetics as practiced by the Greeks, a method of defending what one believes. The cosmological argument is not far removed from Socrates’s concept of the “unmoved mover,” the cause for the effect of the universe. We also see Paul spending time in the Areopagus (Acts 17:16-34) persuading people in a Greek forum.

However, Paul was often dismissed by Greek philosophers as a mere “seed pecker” who snatched up the worthless crumbs of greater teachers (Acts 17:18,22).

Several teachings identified by early Christians as heretical were influenced by Greek culture, including Gnosticism, which taught that the physical world was inherently evil and that there was no resurrection. 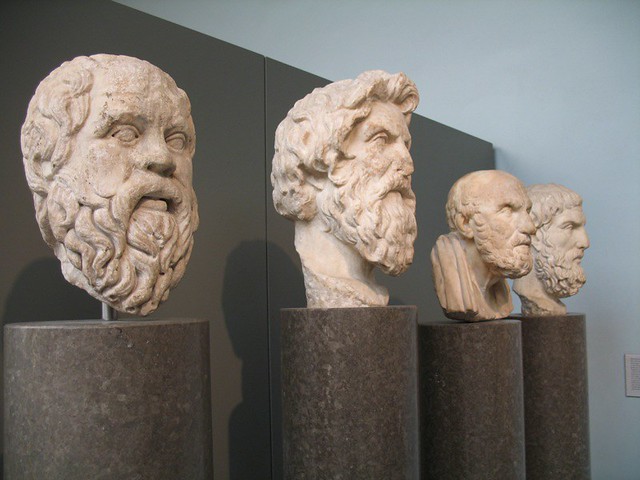 And exactly what Greek philosophies would Christianity have been conforming to? Neoplatonism arose after Christianity, and is too vast a set of ideas to be distilled. Cynicism might have agreed about disciplined lifestyles, but for completely different reasons (Diogenes was voluntarily homeless, but a shameless pervert). Stoicism, while in agreement over a life without complaint, taught the sufficiency of one’s own virtue as a means of fulfillment, as well as a form of determinism. Epicurianism was essentially materialism, and is, by far, much closer to Hedonism than it is to Christianity.

The spread of Christianity, as well as Islam, helped bring an end to Hellenistic Greek culture, and the cultural institutions of Greek culture remained dormant well until the Italian Renaissance, where Western Humanism values would begin to “crowd out” Christian values across Europe.

One response to “Is Christianity a Western Religion? 9: Was it “Born” in Greek Culture?”